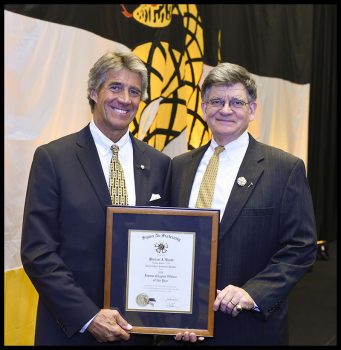 The Alumni Chapter Officer of the Year Award is intended to salute that brother whose diligent efforts with the chapter and other alumni have positioned a chapter for success. This award is given to a recognized officer of a chartered alumni chapter who has shown through years of service a leadership contribution to the organization, development and programming by an alumni chapter, and collaboration with chapter alumni and collegiate members.

This year, we present this award to the alumnus who has not only faithfully performed his duties but has gone above and beyond the call of duty; Brother Michael Hecht from the Gamma Kappa Chapter at the University of Colorado.

Michael has served Gamma Kappa in numerous capacities dating back to two-terms as Commander of the collegiate chapter. His volunteer service includes over 20 years as House Corporation President, four years as Alumni Advisory Board Chairman, and as a leader in the Alumni Chapter since 2016.

One of his nominators explains his service, “Michael has been an all‐star member of the Gamma Kappa Chapter team for many years through his generous support of the people he touches and his passionate leadership. Michael’s dedication has been paramount in the organization’s desire to be viewed as a pillar chapter in Sigma Nu Fraternity.”

Michael has helped to: 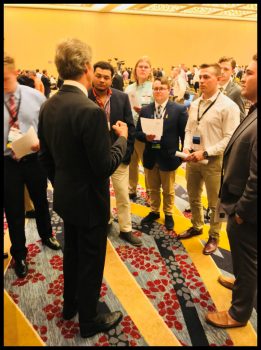 Michael was instrumental in the formation of the CU Inter-fraternity Council in 2005 as a self-governing organization that interacts with the university. Over the past 12 years the IFC has grown from 600 to over 1,600 members.

Another of his nominators said the following, “Michael has been the keystone in guiding Gamma Kappa over the past 35 years. Without his leadership, vision and work ethic, Gamma Kappa would not be the successful chapter it is today. Michael volunteers his time ‘to perpetuate all of the lifelong friendships I have gathered with all of the Sigma Nu alumni and current active members.’ He does not seek acknowledgement, yet he deserves recognition for all he has and continues to do.”